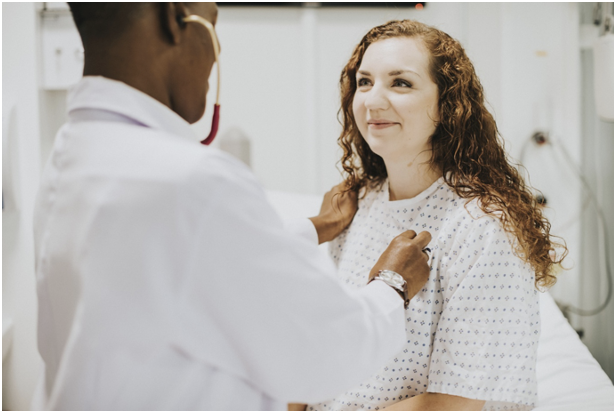 Many of us tend to rely on food supplements and psychoactive stimulants like caffeine to boost focus, concentration, reaction time, and other cognitive parameters. However, regular use of caffeine, guarana, taurine, and other stimulants have also many side effects, increase tolerance to positive effects, and might cause intoxication. That’s why there are healthier and equally effective alternatives on the market. For instance, Feelzing neurostimulation patсhes. What are those neurostimulation patches? Let’s find out and see how it works and why you should try it out.

FeelZing by Thync is the first of a kind brain activity stimulation disposable device that boosts brain functionality. Through multiple years of research scientists, developers, and technicians were working to deliver a compact easy-to-use patch. The idea is simple. You apply the patch behind the ear, near the mastoid area in between an ear and hairline, press the button, get a 7-minute stimulation, take it off for the second use, and feel the energy boost for the next couple of hours.

How does it FEEL?

The FeelZing energy patch has a slightly electric and tingling massage feeling. The sensation can sometimes feel a bit too strong for those who never used it before and might cause a desire to itch the skin when used. During the 7-minute stimulation, some people might find it harder to flex their neck, so it’s highly recommended to remain motionless during the session. Since the device uses electricity instead of food supplemental elements, it has a much faster effect. 90% of tested users had a positive energetic effect during the first seconds of stimulation.

What FeelZing is made of?

The device is composed of anode/cathode electrodes that deliver a proprietary electric pattern, a smart circuit, and a non-chargeable battery to power it all up. The sticky part is made of silicon and hypo-allergic sticking liquid. The core mechanism is designed to transmit micro impulses into the parasympathetic systems of the brain through tight contact with the skin.

How it all works?

The device sends electric impulse patterns that affect the nerves located in the autonomic nervous system. The reason impulses stimulate the nervous system is because they help it to up-regulate and rebalance the ‘communication’ between neurons in the sympathetic and parasympathetic systems of the brain.

Thync’s professionals produced a high-frequency waveform pattern based on neurophysiological studies that stimulate the nervous system in a safe and effective way. Upon placing the device behind an ear in the area where the mastoid is located, the system triggers nerve connections, in particular auricular and lesser occipital nerve channels that are an important part of the sympathetic system and the vagus nerve of the parasympathetic system. Stimulating these nerves in a special balanced way activates energetic resources and removes fatigue.

Thync took the deepest scientific approach and top-notch technological solutions to research and develop a device at the price of two coffee cups that is safe yet much more effective. The product went through lab testing that proves it has no side effects and hazards to health. Science has moved through over 30 000 studies of the efficiency electrical brain stimulation has on the peripheral nervous system to treat diseases like epilepsy, Parkinson’s disorder, and migraine. This information helped FeelZing developers to design special electrodes that target the required areas of the brain without affecting others. Unlike chemical or pharmaceutical stimulants FeelZing by Thync has no proven negative effects on the nervous system.

Just like every electrically powered system, our bodies and brains use electrical signals to regulate themselves and react to certain stimuli. The signals are transmitted throughout the body thanks to special cells – neurons. The same goes for thinking processes. Neurons send electrical signals between each other with a certain speed and efficiency. External electrical stimulation might improve the efficiency of these connections and hence – increase reaction time and focus of our psyche.