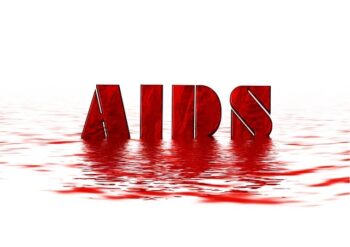 Since time immemorial, AIDS or Acquired Immunodeficiency Syndrome and HIV or Human Immunodeficiency Virus has continued to baffle scientists and doctors. Since there is no proper course of treatment available, the patients have to rely heavily on their prescribed medications. Now for those who don’t know what exactly happens when one has HIV/AIDS, let’s know a little more about these ailments.

As we all know, our body has an immunity-building process, which helps our body to fight many foreign bodies that enter our body and make us sick! Now when a person is affected by HIV/AIDS, the HIV cells start to change the immunity system slowly and gradually destroy the immune system of our body and, in time, result in AIDS! Since the primary signals that show up are asymptomatic in type, thus in many cases, the course of treatment gets delayed. Early detection is very much necessary in this ailment because the more the treatment gets delayed, the more chances of this getting complicated! WHO (World Health Organization) has declared that there are mainly four stages of HIV infection; let’s have a look at them.

Stage 1 is generally considered to be the asymptomatic stage. This is the first stage when you get infected by HIV! Usually, at this stage, the person who is affected doesn’t know that he is being infected by this virus! And it generally takes a few years, before the infected person gets symptoms and gets himself diagnosed. You are thus making the course of treatment a bit delayed. So it is advisable that if you are having a history of lymphadenopathy, then you should have your blood get tested to check whether your CD4+ count is a minimum of 500 cells/microliter! CD4 + count helps the doctor know whether your immune system is working correctly or has been affected by HIV!

Stage 2 is where the person gets mild symptoms. According to some clinical research, it was found that patients show symptoms like abnormal weight loss and other respiratory ailments, such as bronchitis, sinusitis and many more. Apart from weight loss and respiratory problems, many people experience a different kind of skin problems like a fungal infection on the nails, oral ulcers, and dermatitis. If you are going/experiencing through any of these symptoms, you should immediately consult the doctor.

Stage 3 is the 2nd last stage before the virus hits its apex! At this stage, you get a lot of symptoms, according to doctors, this stage is also known as AHD (alveolar hydatid disease), before it takes the form of AIDS! At this stage, there are clear indications like you lose a massive amount of body weight generally 10% of your current weight, prolonged case diarrhea, case of severe lung TB and series of other bacteria caused ailments. Usually, around this, the CD4+ count is between 200-349 cells/microliter!

At this stage, the virus is no longer in its HIV form rather changes to AIDS! And if the patient has remained undiagnosed for all the other three steps, this last and final stage can be fatal for that person! At this point, the affected person gets very weak and is continuously under some of the other ailments. But if he/she is put under a proper course of treatment, then there are chances that the patient might recover even though it takes a little bit of time, so there is no need to be afraid. With proper and correct diagnosis, one can be cured!

After identifying the stage of HIV use Tenvir from My Wellness Villa to stop HIV infection.