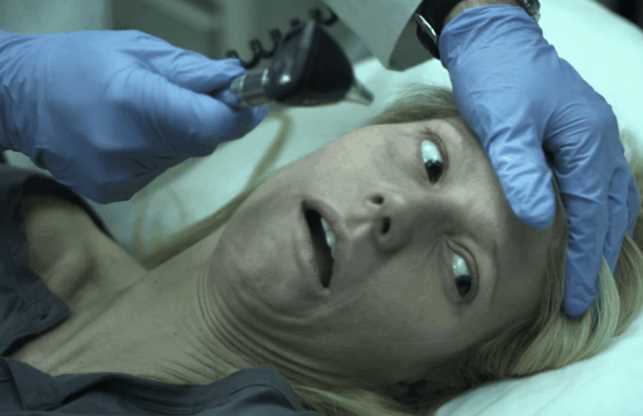 Hollywood and pop culture produce nail-biting diseases that scare the living daylight out of us. Some of these diseases are so scary that people genuinely fear they might happen one day. But not all fictional diseases are as frightening and evoke feelings of existential dread. Others are more subtle and thought-provoking. So we thought, why not give you a list of six functional diseases that might indeed happen one day. Let’s start.

You might remember this disease from many fictional television shows and movies. One of the most notable examples of greyscale disease is from “Game Of Thrones.” Fans of the show will remember that Jorah Mormont and Shireen Baratheon had it. The disease essentially turns their skin scaly. By functional lore, the disease is very contagious. All it takes is to touch the person, and you will have it.

While this disease sounds very unlikely, there are real-life variations of the greyscale disease. Although not all are contagious, they do make the skin scaly. Popular examples include leprosy, smallpox, and more. Some of these diseases are quite hideous to look at.

Zombie movies try to be smart when creating the origin for their apocalyptic plot. Whether it’s a loose agent from a secret laboratory or a bite from an animal, zombie diseases are quite scary by nature. We’ve all seen zombie movies, and we all know what happens once you get infected. Fortunately for us, zombie diseases are functional, and we have no real-life equivalent. The closest disease to any zombie disease is mad cow disease. Essentially, mad cow disease destroys the brains of cattle. It is a neurological disease with no cure.

There have been rare examples of human variants, but nothing like any Hollywood zombie movie. In short, mad cow disease doesn’t make cows rise from the grave hungry to munch on your brain.

Hanahaki disease isn’t anything like the two previous diseases on this list. The origin of the disease is East Asian (Korean, Japanese, Chinese) and is used in fandoms. Hanahaki is a philosophical disease that affects people who suffer from one-sided love. Those who suffer cough up flower petals. The only way to treat the disease, based on fandom lore, is for the beloved to return their feelings. The alternative is death.

Hanahaki disease is thought-provoking and remains an interesting concept within particular niches. It is popular in poetry, art, and pop culture. The concept around the disease is quite sad. Imagine loving someone, only to be left on “seen.” The very first time the disease became popular in modern fandom is from the Japanese manga “The girl Who Spit Flowers .”

If this disease interests you, make sure to read this post about Hanahaki Disease to get the full picture.

Originating from the 2007 sci-fi movie “I Am Legend,” the vampiris disease is a bacterium that affects humans and turns them into blood-thirsty vampires. If you’ve seen the movie, you know that the affected humans only come out at night and hide in the safety of shadows during the day. That’s because, as vampire lore suggests, affected humans are burned by the sun.

In the movie, Will Smith hunts these vampires in hopes of creating a cure. While he does eventually succeed, it’s important to mention that there aren’t any diseases of such kind in our world. It’s all made up and all science fiction. What’s unique about this fictional disease is that the affected host exhibits zombie-like behavior. While they’re smarter than your average zombie, they can be hurt from bullets and sunrays.

The T-Virus originates from the Resident Evil movies, and it is a deadly pathogen that destroys cells, kills the host, and causes cell revitalization. Affected humans and animals get turned into violent, mindless cannibals that affect others through a bite or scratch. As such, the Resident Evil movies also brand the virus as a “cannibal disease.”

The virus itself was manufactured by the Umbrella corporation to modify the human gene. The motives of the Umbrella Corporation were to create a deadly bio-weapon. But as the movies and games tell us, things got out of hand pretty quickly. The T-Virus is pure fiction, and no such diseases exist in our world. While there are diseases that kill cells, the reanimation factor is entirely fictional.

Horror fanatics love the 1982 movie “The Thing” for a few reasons. Not only is the movie one of the first of its kind, but it’s also the pioneer of the deadly disease subgenre. The movie is a cult classic and teaches us a lot about the idea of deadly viruses and diseases. The Thing Disease is of unknown origin, and when it enters a living host, it transforms into grotesque beings. The sole purpose of these beings is to affect as many living hosts as possible.

Affected hosts resemble nothing like their previous form. Fortunately, no such diseases exist in our world.