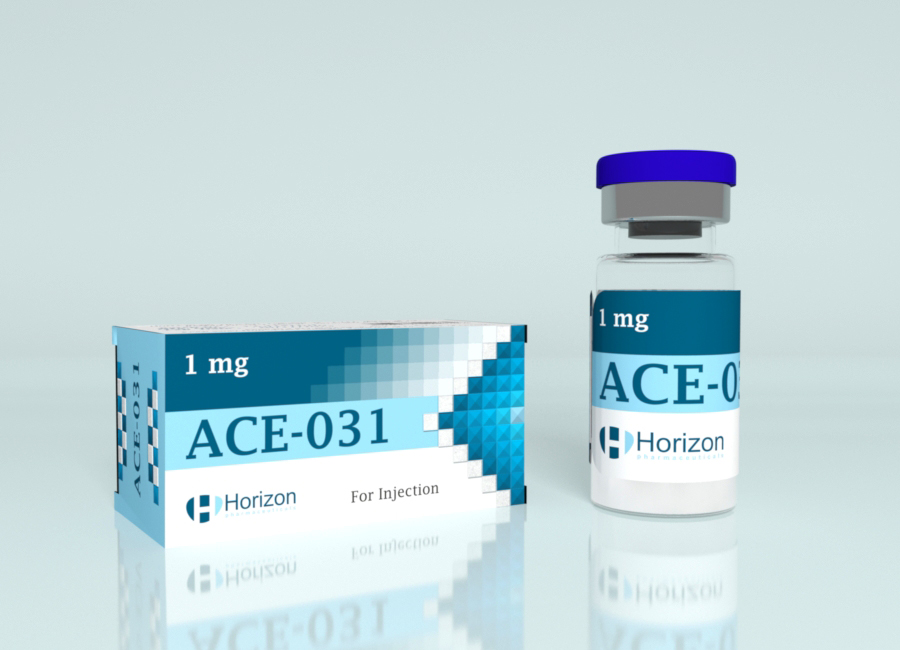 ActRIIB1 is another name for the IIB subtype of the activin receptor, which is what the ACE-031 peptide is. Therefore, the inhibition of myostatin and other proteins that regulate muscle mass is considered a favorable impact on muscular growth. ActRIIB is thought to be a receptor for myostatin, and it has been suggested that the ActRIIB complex is involved in the negative control of muscle mass. Observations of increased skeletal muscle in mutant ActRIIB-expressing mice may support this claim (i.e., ActRIIB to which myostatin could not bind). It is possible to manufacture soluble ActRIIB by attaching an active domain of this receptor (e.g., the extracellular component) to another protein, such as a murine or human immunoglobulin. This peptide significantly increased muscle mass and performance in mature, young, and castrated male mice. Another research found that a two-week course of therapy with this soluble receptor increased skeletal muscle in mice by as much as 60%.

ACE-031 inhibits myostatin, to put it simply. Development differentiation factor 8 (GDF8) is another name for myostatin, and it is found in the skeletal muscles, where it inhibits muscular growth. Muscle mass also increases in animals and humans when myostatin function is disrupted. While preserving skeletal muscle also adversely influences muscle mass, GDF8 is an integral part of this process.

Myostatin signaling has been established to be a target for increasing muscle mass in the setting of muscular dystrophy, sarcopenia, and cachexia. Strength in skeletal muscle, fat, and bone mass are all indicators of having a healthy metabolism. Osteoporosis and reduced function are typically the results of a decrease in skeletal muscle mass and strength as one matures.

An androgen deprivation therapy with ACE-031.

This peptide may counter androgen deficiency. There may be a decrease in testosterone production or biological activity due to age or hypogonadism, which might cause this illness to develop. A decrease in bone density, muscle mass, and fat tissue control has been linked to it. Both castrated, and control mice were administered soluble ActRIIB or equivalent placebo in animal research. Both the control and castrated animals that received the soluble ActRIIB therapy had significantly more significant increases in non-adipose tissue mass than those that received the placebo treatment. Compared to placebo, soluble ActRIIB was shown to be related to substantial adiposity changes in castrated rats. According to the researchers, it has been shown to reduce insulin levels, improve bone density retention, and prevent steatohepatitis (developing the fatty liver disease). According to another study, Soluble ActRIIB had favorable effects on bone density and a measure of bone formation in 18-month-old, castrated, and adult male mice. According to some studies, androgen insufficiency in animals is an illness that has to be treated.

The Muscle-Growth Effects of ACE-031.

In animal research, soluble ActRIIB has increased muscle growth and strength. The most substantial positive benefits of the peptide were observed in muscle fiber types with lower fatigue resistance, according to the researchers who examined this impact in more depth. The effects of myostatin, which have been proven to target a single kind of fiber, might explain this (i.e., type II). Acute or short-term benefits may thus be limited to ACE-031’s beneficial effects on muscle hypertrophy. On the other hand, other studies have shown that ACE-031 stimulates the development of all kinds of muscle fibers equally. Myostatin is not the only protein-bound by ACE-031; it may also bind to GDF11 and activin, as the receptor’s name implies. Because of this, its muscle-building benefits may go beyond just antagonizing myostatin.