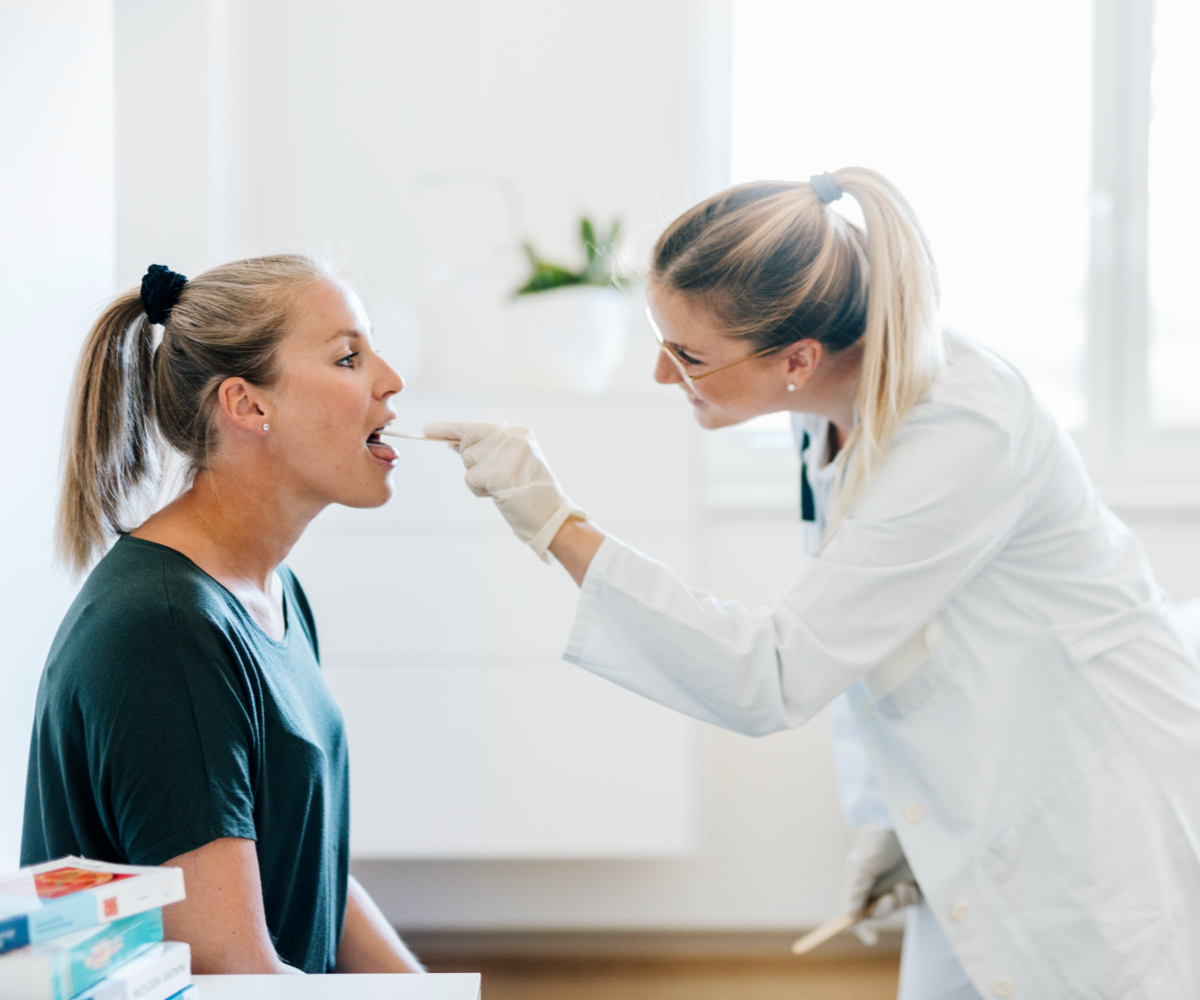 The human ear is an intricate and delicate organ that gives us our hearing. It detects sound, and through transduction, which is the conversion of sound waves into electrochemical impulses, which are then analyzed by the brain. The ear also, via the eustachian tube, equalizes the pressure between the inner and out ear, thus giving us our balance.

Consciously, we think of the nose as the organ that provides us with our sense of smell. Each olfactory neuron in the nose has one odor receptor, the neurons detect molecules in the air and send messages to the brain which converts them into our sense of smell.

Your nose is part of your respiratory system. It allows air to enter your body, then filters out dust and other alien particles with tiny hairs, known as cilia. The air is warmed and moistened by the soft tissues in the nasal cavity before it enters the lungs.

The throat, the pharynx and larynx, is to found behind the nose and mouth. It is a muscular tube which acts as the conduit for the transfer of food and liquid to the stomach. It connects to the mouth and the nose, to the trachea, or windpipe, the lungs and the esophagus.

The intricacies and interconnectivity of these three areas requires specialized medical knowledge and understanding. Should any one area become infected or diseased It is very likely to affect the others, the tonsils and adenoids also being vulnerable. It is true to say that ENT health issues will affect everyone at some point in their lives.

Samitivej Hospital recognize the importance, and the need, of specialist medical knowledge to accurately diagnose and treat the plethora of health issues that are associated with the ears, nose and throat. It is with that awareness that they have established their dedicate ear, nose and throat clinic.

Common Health Issues of the Ear

Ear issues and hearing loss are common complaints. More than 5% of the world’s population undergo some form of hearing rehabilitation, and it is estimated that by 2050 over 700 million people will have a debilitating level of hearing loss. The ENT clinic has the skills and expertise to address the multitude of problems associated with hearing loss.

Hearing loss can be temporary or permanent and has a multitude of causes. Outer ear infections, such as swimmer’s ear, are common, but most ear infections occur with the inner ear, between the eardrum and the cochlear. Microbes, like bacteria and viruses that will often attack other parts of the body can result in an ear infection.

Blocked ears affect hearing and is due to a build up of ear wax. The purpose of this sticky wax is to trap dust particles and microbes from entering ear and damaging the eardrum. Sometimes this wax can harden and obstruct the eardrum causing muffled hearing. It also raises the risk of secondary infection.

Changes in air pressure is something everyone experiences from time to time. When the pressure in the inner ear exceeds that bearing on the outer ear, hearing quality is affected and often discomfort will be experienced. People flying, mountain climbers and scuba divers are particularly vulnerable to this condition.

The complex makeup of the ear relies on numerous mechanisms in the conversion of sound waves into nerve impulses. Significant in this process is the stapes bone. This tiny bone moves freely within its pouch, but can be affected by a condition known as otosclerosis. This is when the stapes bone becomes overgrown and can no longer move freely within its pouch, thus affecting hearing.

Meniere’s disease is a build up of fluid in the inner ear. When the mechanisms of the inner ear become saturated, they are no longer able to function in their proper way. Not only will this cause hearing problems, but also problems with balance. It is also likely that there will be a discomfort from pressure within the inner ear.

Common Health Issues with the Nose

Sinusitis is a common nasal complaint affecting around 17% of women and 10% of men every year. The condition is a swelling or inflammation of the tissues that line the sinuses which are four paired cavities in the head. They create mucus which drains down through the nose and aids in keeping it clean and free from bacteria.

The condition is most commonly caused by a virus, usually the result of having a common cold. The swelling of the soft tissues in the sinuses creates a blocked up feeling in the nose. In extreme cases minor surgery may become necessary to cure the condition. Untreated, it can lead to serious conditions such as meningitis, brain abscess or bone infection.

Nosebleeds, nasal polyps, deviated septum, and non-allergic rhinitis are all common afflictions, usually easily treated if diagnosed early. The Samitivej Hospital ENT Clinic have expert physicians in the diagnosis and treatment of all health issues related to the nose and recommend regular check-ups and assessment of any issues related to the nose.

Common Health Issues with the Throat

The ENT clinic diagnoses and treats all manner of health conditions related to the throat. From sore throats, including strep throat, to gastroesophageal reflux disease (GERD), many minor conditions are treated on a daily basis relieving suffering and discomfort for many.

More serious conditions that are treated include, salivary gland disorders, tonsilitis, laryngitis, laryngeal cancer, vocal cord paralysis, voice and swallowing disorders. Many of these conditions can be treated with medication, some may require minor surgical procedures by the ENT clinic’s professional surgical team.

Samitivej Hospital’s ENT clinic’s team of medical practitioners are all highly trained, having attended Thailand’s leading universities in addition to training at international institutes, including the universities of New York, Massachusetts and Cincinnati.

Samitivej Hospital is a world renown accredited institute envied for the quality of care it administers to expats, international visitors as well as the indigenous population. The Ear, Nose, and Throat (ENT) Clinic at Samitivej Hospital further mirrors this level of quality of both service and expertise. By combining modern procedural techniques and technology with its highly professional team, there is no equal in quality medical care.