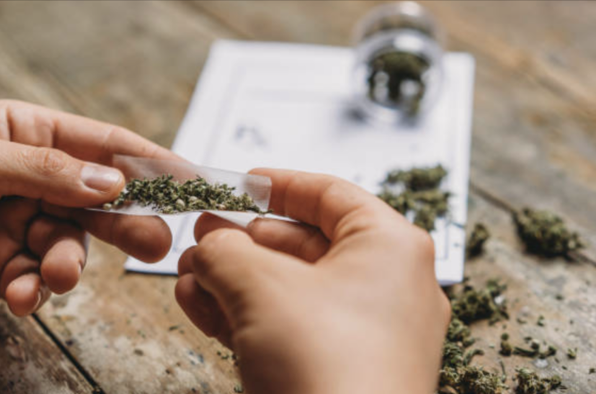 The use of marijuana is still a controversial topic in various parts of the world. While some US states may have legalized it but still the stigma around its use remains. Marijuana is used for medicinal and recreational purposes around various parts of the world. Currently, there may be a lot of controversy around the topic but the medicinal, spiritual, and recreational uses of marijuana actually date back to at least 5,000 years.

Marijuana is derived from the cannabis plant and is used mostly for smoking. Lately, new ways of consuming marijuana are also getting popular. Today, marijuana is available in forms that can be eaten, brewed in teas, or have its concentrated or active form mixed with different foods, which are often referred to as ‘edibles’.

Consuming marijuana in any way can make you experience some mind-altering effects produced by an active compound present in the plant named tetrahydrocannabinol abbreviated as THC. Its effects can vary from person to person, that can include:

Some less common effects of marijuana when taken in higher doses include:

History of Marijuana in the US

The use of cannabis is popular in the US since the nation was formed. There may be a lot of controversy surrounding it, but its importance in the medicinal field is well recognized in the country. Originally, marijuana is used as a textile material, and later when its medicinal importance was discovered, it was used popularly in medicine which became highly controversial through the years.

Below you can find the history time of marijuana in the United States of America:

1600: The origins of marijuana in the United States can be com0ared to the earliest days when cannabis was grown like any other crop. Later in the 17th century, the production of various types of the cannabis plant was highly encouraged and it was used to make sails, rope, and clothing. In 1619, the Virginia Assembly passed legislation that required all the farmers to grow hemp in some quantities. In some states, even trading hemp was legal.

1700: George Washington became highly interested in farming hemp. However, he also argues the potential medicinal use of marijuana in 1765 in his journals.

1840: Marijuana became highly popular and it was widely accepted in mainstream medicine and was also an ingredient in over-the-counter products.

1850: Marijuana became an addition to the US Pharmacopeia. It was used as a treatment for pain, appetite stimulation, opioid withdrawal, and also for relieving vomiting and nausea.

1862: In an issue of Vanity Fair, Hashish Candy was advertised as a pleasurable and harmless stimulant that could cure nervousness and melancholy.

1906: The Food and Drug Act announced that any product that contained cannabis should be labeled appropriately.

1900-1930: For almost 3 decades, marijuana was used as an ingredient in various medications. It was promoted as a painkiller and later was also used for sedation and to treat muscle spams.

During the same period, Mexican immigrants introduced the recreational use of marijuana. As the drug was associated with Mexican immigrants, it was feared and anti-drug campaigners started referring to it as the “Mexican Menace”.

1914-1925: Twenty-six states passed laws restricting and prohibiting the use of marijuana. There was no debate or public outcry during the introduction of these laws.

1930: This is when the Great Depression hit American and people started losing their jobs. This somehow resulted in more fear and stigmatization of Mexican immigrants because Americans were now worried that they will take their jobs. Later, the media got involved and marijuana was linked with crime and violence. At the same time. the commissioner of the Federal Bureau of Narcotics, Harry Anslinger began a campaign to criminalize marijuana with claims that it leads to insanity. This resulted in the formation of some marijuana regulation laws by all states in 1936.

1936-1942: A movie, Reefer Madness depicted the use of marijuana as a drug that leads to violence, suicide, psychosis, and even rape. Later, The Marijuana Tax Act was passed that only allowed people who can pay a heavy excise tax to use marijuana for specifically authorized industrial and medical use. After that, in 1942, Marijuana was removed from the U.S. Pharmacopeia and doctors began discrediting its medicinal use.

1952: The Boggs Act was introduced that created strict mandatory punishments for offenses involving marijuana or its variety.

1960s: The use of marijuana gained popularity among the counterculture, who considered it harmless high. President John F. Kennedy and Vice President Lyndon Johnson commissioned reports that found that the previous claims around marijuana being related to violence or suicide were wrong.

1970s: The Controlled Substances Act was passed by Congress that placed marijuana as a Schedule I drug along with heroin and LSD.

1972: The Shafer Committee recommended that marijuana’s personal use should be decriminalized but it was ignored by President Richard Nixon.

1980-90s: The public opinion of marijuana shifted back to it being harmful. In 1983, the Drug Resistance Education (DARE) was established that discussed the dangers of drug abuse in schools.

1996: California voters gave a green light to Proposition 215 legalizing the medicinal use of marijuana at the state level.

Current Use in the 21st Century

Under federal law, Marijuana still remains illegal. However, state marijuana laws are constantly changing. Today, in more than 20states, the sale of marijuana is permitted for medicinal use. Colardoda, in 2014, became the first state to legalize the recreational use of marijuana. Californian and Alaska were next to follow.

The public opinion and stigmatization around the use of marijuana have also changed considerably since it became illegal the first time and now more and more people around the world are becoming pro-legalization. According to a recent poll, 49% of Americans feel marijuana should be legal for recreational and medicinal use while another 37% agreed that it should only be legalized for medicinal use and only 14% feel that it should remain illegal.

There are numerous ways to have fun while traveling to the USA, including cannabis friendly adventures listed on hibnb.us. For example, you can enjoy hiking, ziplining, fishing, and other activities that are specifically designed for cannabis-friendly travel. Some locations also have designated smoking areas. These are just a few examples of the types of outdoor adventures that are available in the USA. While you are on a vacation in the United States, take advantage of all the opportunities that cannabis-friendly activities offer.