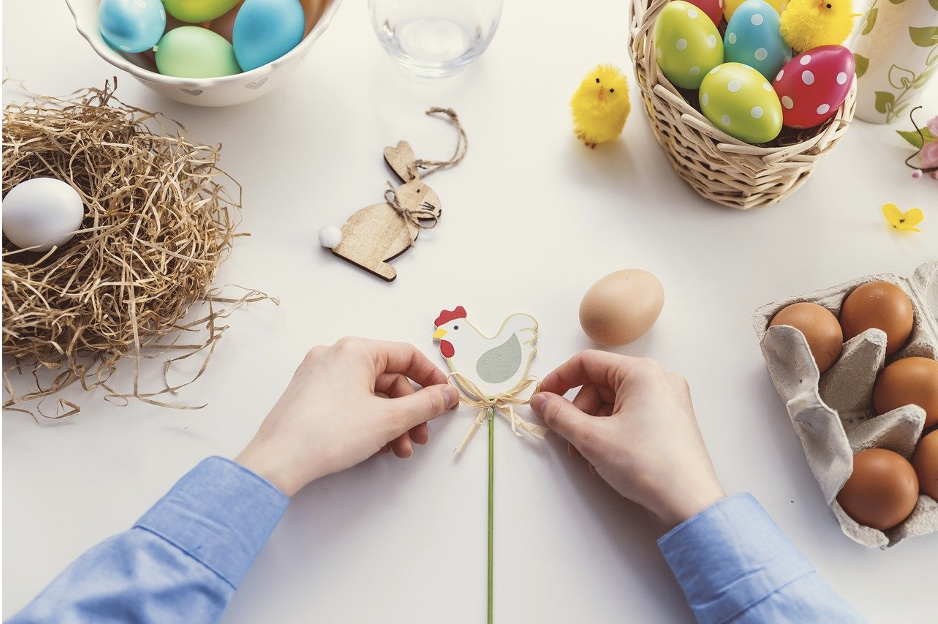 Every year, many people around the world celebrate Easter, and it comes with various traditions. While some people can’t stop eating chocolate, others take part in egg hunts, egg rolls, and even egg painting. However, where did it all start? What are the origins of this popular holiday?

Why does the date change every year? Once the spring equinox passes, the first full moon that comes is celebrated as Easter. Like Christmas and other major holidays, the Easter holiday has undergone many changes over the years, and the last 200 years especially have been influential.

With Christmas, we don’t actually have evidence that Jesus was born on December 25th in the New Testament. The reason we choose this date is that the Roman calendar had December 25th as the winter solstice. Since then, the tradition has grown and it’s the best part of the year for many (especially children).

For others, Easter is the best holiday, and this is similar to Christmas in many ways. For one thing, they both mark the changing of seasons. In Europe, spring means longer days and finally a return of the sun after many months away. Of course, this is different in Australia but there’s still a changing of seasons in March/April.

In the Western world, spring is a time of rebirth for animals, plants, and more. With the whole season a symbol of rebirth, it seems the natural time to celebrate Jesus’ resurrection. As for the name, this comes from an English goddess who pre-dated the Christian religion. The goddess Eostre was celebrated during spring so, again, it seems a natural choice of name.

Back in the 7th and 8th centuries, the Venerable Bede was a monk based in England and he wrote about the tradition in the country. He said that Christians in England would celebrate the resurrection of Jesus during spring and the season was called Eosturmonath. Although in Old English, the connection to the English goddess is clear. As the years went on, Christians created the link between Jesus and Easter more and more, but they kept the name of the English goddess…and it remains today.

What about Easter eggs and bunnies? Well, early America didn’t adopt Christmas and Easter for many years. While Catholics took to the holidays, Protestants were far more reserved. For some, they claimed that both holidays were tainted because of the history with non-Christians. What’s more, they didn’t like that both celebrations came with merrymaking and drinking.

Over the last 200 years, the opinions of many countries changed towards both Easter and Christmas. Since the 19th century, people in the United States, the UK, Australia, and many other countries saw both Christmas and Easter as opportunities to spend time with family and friends. The ‘rowdy’ nature of the holidays was removed, and children took centre stage.

As children were seen as more important for the holidays, this led to new traditions such as the Easter bunny, Easter eggs, egg hunts, egg rolls, and others you might do with your own children today. You can find easter eggs online that aren’t typically available in your local market. Gift baskets and egg surprises can all be purchased through specialty websites to make your Easter celebration that much more special.

There we have it, the origins of the Easter holiday. What traditions do you enjoy each year?