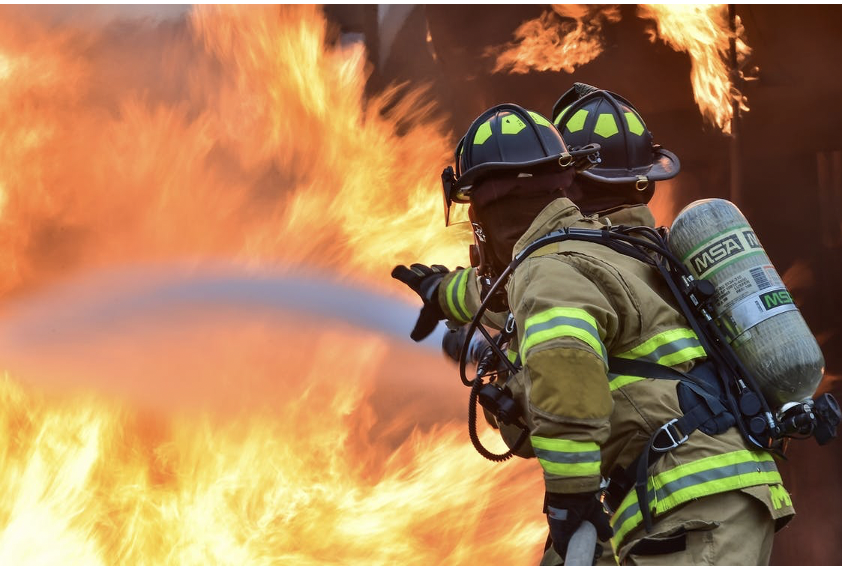 The world is full of opportunities. There are plenty of jobs, but not enough individuals willing to put in the effort to get their fair share. That’s because it’s easier to beg than to work and have a stable source of income that requires commitment and dedication.

However, numerous individuals believe in working hard, and we know them as blue-collar and white-collar workers. Regardless of how strenuous jobs can be, these folks choose to be functioning members of society and take home their due share.

No person in the world willingly has a tedious job. Some jobs can be extremely draining and can bring you to your breaking point numerous times. Additionally, some of these jobs have a very high chance of workers losing their lives as they are extremely risky and require skilled labor that is willing to put their life on the line. Here are some of the deadliest jobs in the world.

Most blue-collar jobs require workers to be aware of the risks and consequences of joining their jobs because they can be life-threatening. A few examples of this would be miners, construction workers, firefighters, and demolition crews. Every organization takes preventative measures, regardless of the industry, but these hazardous jobs kill hundreds of thousands of workers annually.

Most jobs are simple, but most jobs include working with or around toxic materials, and one of those is asbestos. Back in the day, asbestos proved to be beneficial because it made everything more durable.

Along with that, it had numerous industrial benefits making it a very commonly used mineral. However, after extensive scientific research, it is found that asbestos-containing material is highly harmful to humans because it lingers onto the lungs of humans once it enters the body.

Most workers aren’t aware of the dangers of asbestos and continue working around it, inhaling the toxic air around them with no signs of illness in the first few years. But research proves the effects of asbestos poisoning are evident after several years, which is fatal. Most companies don’t take this matter seriously, so it’s only the workers left to deal with illnesses related to this dangerous material.

Some companies don’t mention anything regarding dangerous working conditions, refusing to understand the risks of exposing their workers to hazardous elements. Now workers can file a lawsuit against unsafe working conditions and seek compensation for damages sustained due to asbestos exposure.

One of the most backbreaking jobs out there, firefighting is undoubtedly the most daring and challenging job that could end up killing you. Firefighters walk through the fire, quite literally, to save civilians and control and bring dangerous fires to a halt. They face breathing problems as they inhale smoke directly.

In turn, this results in exhaustion, asthma, and lung-related illnesses in the long run. Moreover, they are highly susceptible to burns and are also likely to be crushed under structures that are rapidly collapsing.

They are the unsung heroes of society as they save not just lives but complete homes as well. Their dedication results in a minimal loss for victims.

One of the riskiest jobs in the world is that of miners. From explosions to cave-ins to suffocation within the mines, miners face it all. They put their lives on the line daily by entering mines or operating around them, which, in turn, deteriorates their health. Alongside these hazards, minors have a high chance of contracting life-taking diseases.

Despite these incidents happening quite often, miners hope they’re not a frequent occurrence. China has the most coal-mining deaths at 80%, making it one of the deadliest mining countries in the world.

Fishers face death head-on every morning when they set out to catch their daily wage, either alone or in groups. Paroxysmal weather conditions in port cities all over the world make fishing a dangerous job.

Furthermore, the deadly waves and high tides prove to be parlous, which is why it requires sheer will and dedication. The worrying part is that the fisherpersons don’t have instant access to medical aid, making this job a gruesome one.

Some people, however, tend to find the whole experience electrifying. Perhaps that is why TV shows like Deadliest Catch are super-hits amongst viewers since the vast majority cannot do what they see on TV.

The sites at which these workers work themselves dangerous places to be at since the chances of an unfortunate occurrence are very high. Objects swinging high in the sky, including steel beams, make the workplace a very unsafe area. Electrocution also has a hand in the death of these workers, but most workers by falling from towering heights.

However, the injuries aren’t as bad as one would expect them to be, perhaps because there aren’t many objects through which they may end up injuring themselves badly.

Cutting down a tree may sound like a fun task unless you must do it while dangling in the air. Everywhere you look, all you’ll see are sharp objects like saws, large pieces of wood, and death coming right at you.

Most workers die at the hands of falling, but those who survive are usually left physically paralyzed. Moreover, like fisherpersons, foresters don’t have immediate access to medical assistance.

While pilots of commercial airliners do their job seamlessly, it is a redoubtable task. Keeping in mind how difficult it is to ensure the safety of hundreds of passengers while taking off and landing on runways of international standards, imagine what small aircraft pilots must go through.

With substandard airports and inadequate runways, small aircraft pilots have a job that makes them face death mano a mano. Alongside that, mechanical failure and security threats in rural areas make pilots liable to death and kidnapping.

Road accidents, be it in the center of the city or the outskirts, amount to the most deaths worldwide, just behind diseases like AIDS and Cancer. Truckers are usually better drivers than your average Taxi driver.

However, in both cases, fatalities occur on a large scale due to reckless driving, overexertion, and fear of being late. Vehicle accidents have the highest mortality rate because of how distracting they can be.

Better known as Explosive Ordnance Disposal (EOD), these technicians are supposed to safely defuse bombs that may kill thousands or even hundreds of thousands. Entrusted by the local forces and organizations, they have one of the most hardhanded jobs, even if it means just cutting a wire.

It takes years of practice, perseverance, and utmost dedication. Bomb disposal technicians single-handedly save countless people by wholly risking their lives every single time they try to defuse a bomb.

Without these jobs, the world would face numerous problems. However, they aren’t for the fainthearted. We must appreciate their efforts and ensure they get their fair share of money and the respect they oh-so-truly deserve because whatever they do, they do for the betterment and functionality of society.

If you’re up for a job that could end up killing you or putting you in bed, look at the ones mentioned above to get an idea of how intimidating they can be.