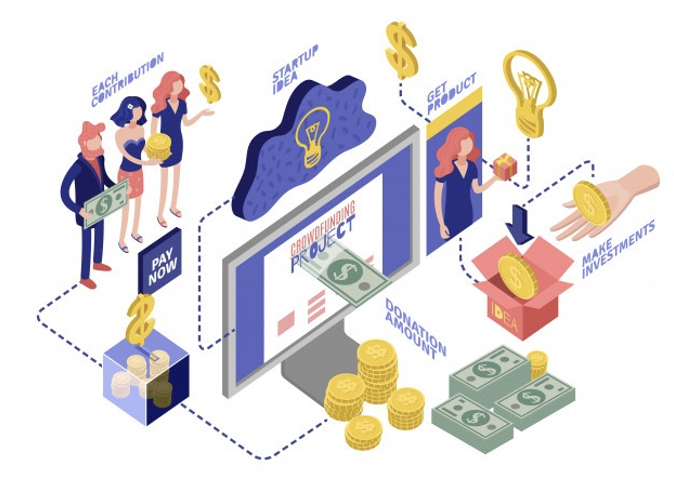 Since crowdfunding is based largely on trust, it’s easy for a dishonest person to take advantage of people who are eager to support innovative products on platforms such as Kickstarter. In fact, many projects launched on crowdfunding platforms turn out to be frauds. For this reason, as a potential project backer, it’s important to be vigilant when deciding where to invest your money.

How to avoid falling victim to fraudfunding

When a crowdfunding project collects money from backer but fails to deliver the rewards as promised, it’s natural for the backers to feel deceived and angry over the money they’ve lost. In order to avoid being taken advantage of by dishonest crowdfunding projects, you need to be on the lookout for a few red flags before you invest your hard-earned money.

Here’s how to avoid turning into a fraudfunding victim:

First of all, it is essential to check out the campaign’s creator. Take a look at who created the campaign. Checking to see where their name appears on the internet is one way to avoid becoming a victim of crowdfunding fraud. Are they involved in any other crowdfunding initiatives or phishing schemes? Do they claim to be working on something that would be impossible to do on their own (for example, developing artificial gills for underwater swimming)? You should always ask yourself whether the project is realistic. Remember that a single person cannot accomplish what an army cannot.

Beyond that, it’s important to ask yourself additional questions before you choose to invest your hard-earned money in someone’s campaign. Is their education and experience incompatible with the context of their project? If any aspect of the campaign makes you feel uneasy or suspicious, then you should find somewhere else to spend your money.

Finally, think with your wallet rather than your heart. It might sound cold, but you need to keep your hands tight on your money. It’s alluring to donate money to a sick youngster. Even if you’re touched and you’ve decided to help out, you must still conduct research. Make every effort to confirm the reality of the situation. While it may be disturbing and even unimaginable to you, some people have no qualms about pretending to have a life-threatening illness in order to make money. For the most part, crowdfunding sites have vetting procedures in place that one must follow before they launch a campaign. Nonetheless, once in a while something falls between the cracks, allowing backers to fall prey to crowdfunding fraud. Always have your wits about you when you’re donating.

In 2013, a company known as Magnus Fun launched a Kickstarter campaign for what they claimed was beef jerky made from tender and expensive Japanese Kobe beef. The campaign, titled “JAPANESE BEER-FED KOBE BEEF JERKY” raised $120,000 from 3,300 backers within a month of launching.

The Kickstarter community began to ask questions when they realized that the Magnus Fun team hadn’t provided any details about the team members. This is despite providing information about the founding team being one of the best practices on Kickstarter. To make matters worse, when a member of the Kickstarter community left a comment questioning the legitimacy of the project, the Magnus Fun team didn’t bother to defend themselves.

When the documentary team at Kickstarted reached out to the Kobe Red team to request an interview, Kobe Red took them in circles. The team at Kobe Red eventually offered to send a taste test video instead. Further research revealed several discrepancies. For one, Kobe Red claimed to have high costs of production but only asked Kickstarter backers for low pledges. Moreover, all the reviews that Kobe Red shared were from fairly recent accounts whose only other reviews were for failed Kickstarter projects.

Eventually, both the Kickstarted team and the Kickstarter community uncovered enough inconsistencies to raise the alarm on the project. Kickstarter pulled the plug just before the money was scheduled to go into the Kobe Red bank accounts.

In 2014, Dragonfly Futurefön designed a phone that embodied what could very well be the future of computing. This computer-phone hybrid had a sleek, palm-sized touchscreen that could be mounted on a laptop dock and unfold to reveal a larger screen and a full keyboard. The result was a notebook that could be used as a laptop on the go.

This gadget could apparently run both Windows and Android. The innovators behind the Dragonfly Futurefön claimed that you could replace your phone, laptop and computer by paying $799 for this device. They then baited Indiegogo backers by offering them the option of getting it at $200 instead of the full retail price. It seemed too good to be true, and it was.

After collecting over $700,000 million from backers on Indiegogo and Kickstarter, Futurefön creator Jeff Batio made away with the money, failing to deliver the product to backers as promised. Upon investigating the case, the FBI revealed that this was simply the last step in what turned out to be a decade-long fraud operation that had started in 2003. Batio started off by selling membership shares in his companies and offering advance sales on products that were never delivered. As time went by and his previous schemes didn’t turn into real products, Batio adjusted his strategy, instead soliciting funds from Indiegogo and Kickstarter. Over his decade-long scheme to scam the public, he collected nearly $6 million.

In 2016, Raymond Lee, a SCA certificated barista and the founder of ROCK2MORE won the Red-dot design award 2016, then launched their 2nd generation of STARESSO portable espresso maker on Amazon.

5 years later in 2021, ROCK2MORE and STARESSO decided to launch a Kickstarter campaign for the ROCK2MORE capsule frother and STARESSO espresso maker combo. Their excitement turned into horror when the Kickstarter community started questioning why their espresso maker resembled Coffeejack’s espresso maker. They were even more horrified when they found that in addition to copying their design, Coffeejack had defrauded the Kickstarter community. Once they collected 1,327,955 GBP from backers, they disappeared with the money. Two years later, they’ve still not delivered the products to their backers as promised.

This stunt from Coffeejack went beyond damaging their reputation to put ROCK2MORE’s reputation on the line. The existence of copycat products is harmful for innovation. Even so, if the team behind the copycat product pays enough money for marketing, the copycat will raise lots of money from crowdfunding.

The professional teams like ROCK2MORE are spending years of effort to develop creative products. We hope the original will not be stopped by the copycat, but who knows?

Curious to learn more? Check out the Kickstarter campaign from ROCK2MORE.